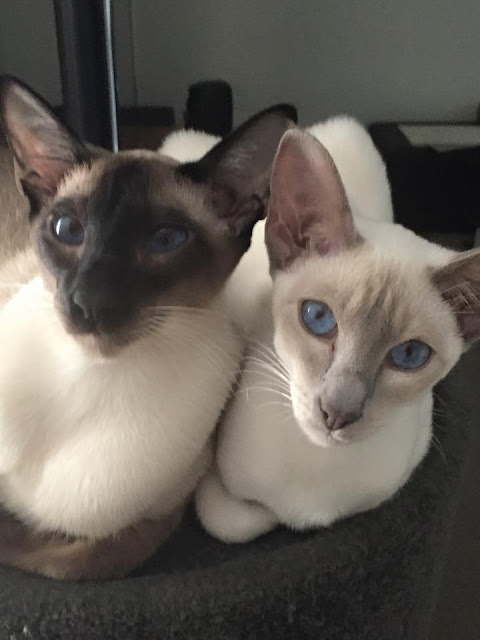 Altering:
Unless they are to be bred, the young cat should be altered, otherwise, the female will cycle in and out of heat every other week for up to three months, go out for a few months, and then start all over again. The strongest drive in the adult male is to mate; if he is kept from it, he will be terribly frustrated. 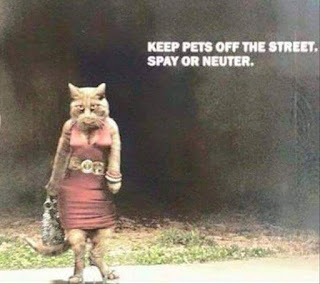 I cannot emphasize enough the importance of spaying or neutering your cat or kitten. Thousands of homeless cats and kittens are born each year and are either euthanized or left to fend for themselves on the city streets.

It has been calculated that one un-spayed female cat and her offspring can produce, in a seven-year period, 420,000 kittens.

Abandoned cats lead short, turbulent lives and face death from freezing weather, automobiles, disease, and starvation. Even if turned into a shelter, only a small proportion of all cats and dogs each year are adopted; the rest are euthanized.

PLEASE do your part by having your kitten or puppy spayed or neutered, or adopt a shelter cat or dog and give them the loving home they deserve. 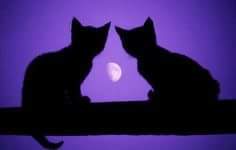 The advantages of spaying or neutering your cat are many. These include the following:
Preventing litters of kittens can help save the lives of kittens already born that do not have homes. Over 8 million cats and dogs are euthanized every year in the U.S. alone because animal shelters and humane societies do not have the facilities to accommodate all homeless pets. Letting a cat have even one litter of kittens simply adds to the numbers.
In addition to helping control pet overpopulation, sterilizing cats helps eliminate the problems associated with overpopulation: large numbers of stray and feral cats that die of starvation or are caught and sold for animal testing, nuisance cat problems, such as spraying and defecating, and incidences of cruelty to cats.

Spaying and neutering reduces the risk of cats contracting diseases of the reproductive tract. Spayed cats are also much less likely to contract cancer of the mammary glands.
On the average, sterilized cats live two to three years longer than do intact cats.

Owners of female cats can avoid the problems that arise when cats go into heat, such as crying, bleeding, escaping outdoors and possibly disappearing for good - by having their cats spayed.
Having male cats castrated helps reduce or eliminate certain behaviours, such as roaming, spraying and aggression, and the risks associated with these behaviours, such as injury or death resulting from encounters with automobiles or fights with other cats.

Relieving cats of their hormonal drives allows them to relax and live more comfortable lives. Because a cat is more likely to become affectionate and friendly when not under the influence of sex hormones, it will be a better, more contented pet. For instance, statistics show that spayed and neutered cats are less likely to bite than are intact cats.

Some local Councils have differential animal licensing programs, in which the fees for licensing pets are based on whether or not the pets have been spayed or neutered.

Responsible Breeders produce well adjusted kittens.
Kitten mill breeders, those breeding to make a quick sale to an unknowing buyer, often produce very inferior specimens.   The kittens are often so sickly that they have to be put down, and the queens are so over-bred and debilitated that they die prematurely at a young age.

Breeding, “just to see what comes out”, show very little sensitivity or regard for life.
One has only to visit the local RSPCA or Animal Refuge to see a large number of beautiful kittens up for adoption because their owners satisfied their curiosity irresponsibly.

Conscientious breeders do not allow their animals to be bred to cats of unknown quality as regards health, temperament and type.  The cost involved in breeding even inferior cats sold cheaply leaves only a small profit from the sale of the kittens.

This should not even be considered as a way of making money.  But, unfortunately, some people only realize this after their unrewarding personal experience.

Because money is the primary goal of mass-production breeders, they often miss the joy and
excitement that comes with responsible breeding.

The goal of every breeder should be to produce cats of the highest quality in temperament, hardiness and confirmation.

Ethical breeders do not allow carriers of a serious fault to be bred. 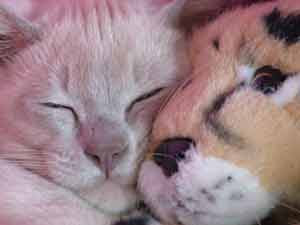 Posted by Oramor Burmese and Siamese Kittens at 02:13